The Gay-Straight Alliance promotes a welcoming environment for all students here at Thomas Starr King Middle School. They launch several events through out the year to promote a school that accepts everybody.

GSA School Climate Survey- take it here!
https://docs.google.com/a/mymail.lausd.net/forms/d/e/1FAIpQLSfAFd17DEjLhKONhE-vJgfJXnDVDFurMy4SjnUqfbMETULN4w/viewform?c=0&w=1
Check out our instagram and snapchat tsk_gsa
Upcoming Events:
National Coming Out Day: On October 27, students will be able to declare themselves as whatever they want to! Ally, activist, or anything- Thomas Starr King excepts everyone
Models of Pride- GSA is taking a field trip on October 29th. There, students will be able to experience many informative workshops to improve their knowledge on the LGBTQ+ community. The GSA participants will meet new people and go to a performance at the end of the day!
Last Years Events:
Day of Pink: A day that took place on March 18th to support anti-bullying. Students were welcomed to wear pink instead of their uniform to stand up. Middle school is one of the most likely places that students will get bullied: at Thomas Starr King, GSA does their best to prevent this and create a safe place for all children.
Models of pride X: On February 27th students were be able to take a series of workshops to learn about the LGBTQ+ community.
Ally Week- A week (began January 25) that contained a series of events to promote Thomas Starr King students to support and help their peers. There were pledges that had the students promise to support everyone, and there was an assembly featuring some of the 6th grade film and media bully films, a Q & A, and much more! There was also a dance party on Friday the 29th where students who pledged wore their stickers with pride. We received 1,033 pledges which are displayed in the main hallway at school.
GSA Training-This last Thursday and Friday (December 10th and 11th) the Thomas Starr King GSA joined with Lifeworks to train the club members.
Models of Pride- From 5 to 22 participants in one year, GSA was able take a large a group of members to Models of Pride. There, they took many informative workshops to improve their knowledge on the LGBTQ+ community. There was also a performance and a fair. 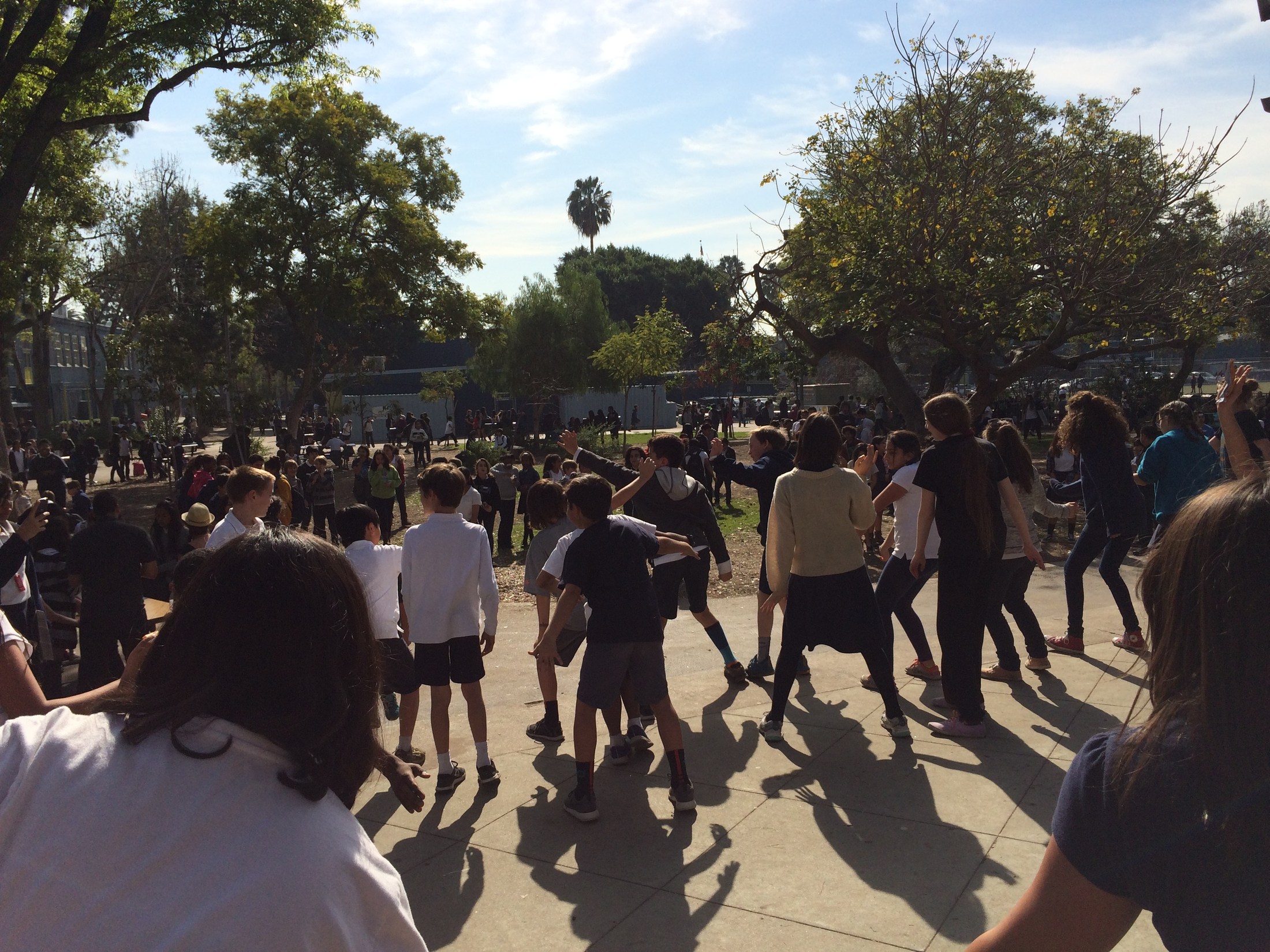