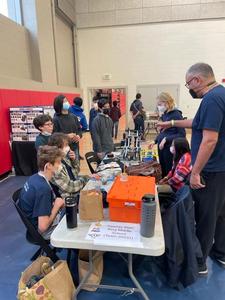 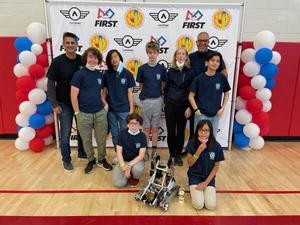 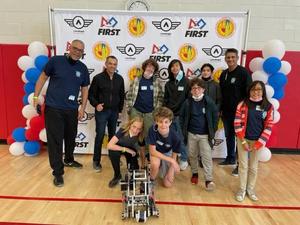 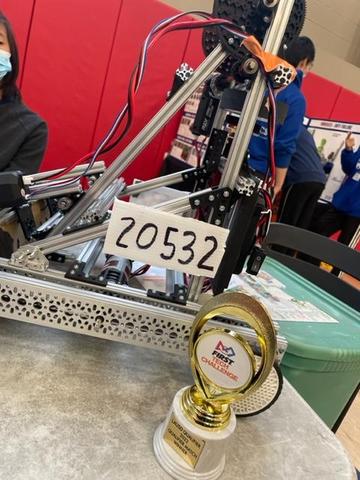 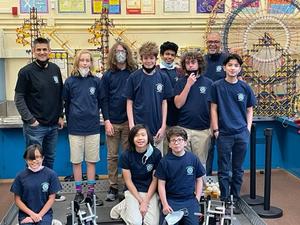 This past Saturday, April 2, 2022, in the Roosevelt High School Gymnasium, some of the most innovative competitors in LAUSD met for robotics supremacy during the i.am FIRST inaugural FIRST Robotics Championships. Thomas Starr King Middle School’s robotics team of Rio Cros, Finn Gehlharr, Owen Hawxhurst, Sinjin Lee, Anthony Murphy, Joshua Mexia-Azurdia, Priscilla Nguy, Anthony Serpas, and Logan Wick qualified as one of the four Middle School Teams set to compete with 16 High School teams in the 20-team field.
After a disastrous first round, the King Lions team picked their robot off the mat and battled back from the last place in the Freight Frenzy Challenge standings all the way up to 6th place during the qualifying round, ending up as the highest placing middle school in the competition and becoming one of the eight teams eligible for the semi-finals. Unfortunately, the match against the eventual champions did not go the way of the Lions, but they did end up in 5th place overall. Big thanks go out to the King’s robotics mentor-coaches, Mr. Piumarta and Mr. Page, and the parents and guardians of the competitors. The team looks forward to competing next year, growing the squad, and reaching new heights in next year’s FIRST Robotics Competitions