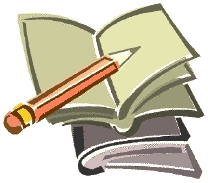 Analysis of T.S. King Middle School's California Standards Tests Results
In general we were pleased with the California Standards Test (CST) results that have recently become available. These tests, taken by all of our students during the spring semester (Track C takes the test in late March, Tracks A & B take them in late May) demonstrate the progress of our students and the effectiveness of our instructional programs. In addition, parents, the community, the state, and the federal government use the results of these tests to compare our school with other schools. The results of these tests are used to determine other measures of school progress such as the Academic Performance Index (API) and the Adequate Yearly Progress (AYP).

The results showed that, though we still have a lot of work to do, we are making steady progress at King. Looking at the different grade levels, the 7th performed best in Language Arts, with 61% scoring Basic or above. The 6th graders were best in Math, with 56% scoring Basic or above. In English Language Arts scores increased most dramatically for the Hispanic/Latino subgroup. In 2004 there were only 16.4% of the student scoring Proficient of Advanced on the test. In 2005, the percentage climbed to 22.1%, an increase of 5.7%. The most dramatic improvement in Math results was with the subgroup of Filipinos. In 2004 there were 34.3% of the students Proficient of Advanced in math; in 2005 this percentage was 40.9%, an increase of 6.6%

If you would like more information about the California Standards Tests, about how to read your child's score report or more details about how King performed, please come to find out more! We are having a workshop for parents on Thursday, November 10, 2005 at 1:30 p.m. in the Parent Center.